Situation Report: The World
Part II of ‘Us vs. Them: On the Meaning of Fascism’

The coin that the Nazis struck after the successful journey and stay for 6 months, in 1933, of baron von Mildenstein, who became head of the Jewish Desk of the SS’s Security Service (SD) in 1935, as a guest of the kibbutzim and Histadrut

This disarmingly simple formula, Zionism equals Nazism, is analogous to the famous assertions of Galileo and Copernicus – demonstrable but so heretical in their contemporary context as to unleash a deafening chorus of outrage from defenders of the conventional wisdom. Speaking truth to power is always a very risky business but it has its compensations – if you live long enough you can enjoy the fleeting pleasure of vindication and the comforting thought that no matter how bad things may seem at the time, they do have a way of working themselves out..

In Part I of this series, ”Us vs. Them: On the Meaning of Fascism,” I laid out the basic argument for classifying Zionism as a form of fascism. This brief essay takes the next logical step, equating Zionism with Nazism. It is meant for readers who have developed at least some measure of immunity to the omnipresent, ubiquitous and extraordinarily effective propaganda effort underway for as long as almost all of us have been alive. We will proceed in the same fashion, drawing on the Wikipedia definitions and then looking at the current usage in order to deconstruct the deceptions of the Zionists.

Wikipedia: “Nazism, known officially in German as National Socialism, is the totalitarian ideology and practices of the Nazi Party or National Socialist German Workers’ Party under Adolf Hitler, and the policies adopted by the dictatorial government of Nazi Germany from 1933 to 1945…In the 1930s, Nazism was not a monolithic movement, but rather a (mainly German) combination of various ideologies and philosophies which centered around nationalism, anti-communism, traditionalism and the importance of the ethnostate. Groups such as Strasserism and Black Front were part of the early Nazi movement. Their motivations were triggered over anger about the Treaty of Versailles, and what they considered to have been a Jewish/communist conspiracy to humiliate Germany at the end of the World War I. Germany’s post-war ills were critical to the formation of the ideology and its criticisms of the post-war Weimar Republic…”

OK, all well and good. Note that the principal ideological elements of Nazi thought were “nationalism, anti-communism, traditionalism and the importance of the ethnostate.” The rest of the definition elaborates on the importance of a sense of victimhood. Also note the elision of “Jewish/communist conspiracy.” As people are increasingly coming to understand, Hitler’s primary animus was not against Jews as such, but Bolshevism, which indeed was largely a Jewish endeavor.

“Zionism is the international political movement that originally supported the reestablishment of a homeland for the Jewish people in the Land of Israel, the historical homeland of the Jews. Since the establishment of the State of Israel, the Zionist movement continues primarily to support it. Zionism is based on historical ties and religious traditions linking the Jewish people to the Land of Israel. Almost two millennia after the Jewish diaspora, the modern Zionist movement, beginning in the late 19th century, was mainly founded by secular Jews, largely as a response by Ashkenazi Jews to antisemitism across Europe, especially in Russia…”

In this definition we are confronted with the inescapable imprint of Zionist propaganda that is characteristic of any Wikipedia pages having to do with Zionism or Israel. Notice the favorite rhetorical tactic of begging the question. We are asked to blindly accept as axiomatic the highly dubious proposition of “the reestablishment of a homeland for the Jewish people in the Land of Israel.” These are the key points of the mythology exploded by the Israeli historian Shlomo Sand in his recent best-seller “The Invention of the Jewish People. And never mind that it was years after the founding of Zionism by Theodor Hertzl that the main goal of creating a homeland for “the Jews” zeroed in on Palestine as the location for a Jewish State. In any case, we can accept the Wikipedia definition as at least accurately representing the Zionist belief system.

In terms of current usage, Nazism is a thoroughly discredited ideology that has become virtually synonymous with political evil in much the same way as the more general category of fascism. As the well known formula has it, history is written by the winners. It is largely forgotten that there was considerable support for the Nazis in both the US and in Britain, articulated by numerous highly regarded people like Henry Ford and Charles Lindbergh. It could have gone either way. As for what Zionism means nowadays, it is the expression of an historical aberration, the political Zionism of people like Vladimir Zabotinsky – the source and continuing gold standard of Middle Eastern terrorism – quite the opposite of the idealistic philosophy of the cultural or spiritual Zionists who were dominant in the movement prior to the rise of the Nazis, whom the political Zionists admired and collaborated with.

We are currently experiencing a similar phenomenon – the battle between the Zionazis and the anti-Zionists. It is essentially the same battle, fought out by two different protagonists, but the principles involved are the same. For the sake of simplicity it can reasonably be viewed as the age old struggle between good and evil. The differences are even starker, as this is clearly a conflict between the forces of money and power versus ordinary people, between a purely utilitarian, amoral materialism vs. a sense of what is truly sacred, between imperialism and those less powerful, between colonialism and “the natives,” between truth and falsehood, and so on and so forth. And due to the Zionization of the Western world, it is playing out as the West against the rest of the world. It is an epic confrontation and it is not hyperbole to say that once again the fate of mankind lies in the balance.< What, then, are the differences and similarities between Zionism and Nazism? If we go back to the definition of Nazism we see four characteristics mentioned. One of them was a reference to a transient political ideology, communism, while the other three are historical constants. Throwing out “anti-communism” we are left with the essential elements. When we look at Zionism in terms of what it actually is rather than some devious, self-serving Zionist definition we find what? - “Nationalism, traditionalism and the importance of the ethnostate.” We also find the essential elements of fascism in general, the arrogance of group ego and the assertion of an a priori privilege that trumps any such fripperies as civil rights, human rights, international law or even common human decency. Coercion and force majeure are the means and virtual enslavement or extermination of the “others” (the goyim) are the ends. Characteristically, we also find the common element of a sense of infinite entitlement based on perceived prior victimhood. As for any arguments based on the obvious or perceived differences between Zionism and Nazism, we can easily dismiss them as superficialities rather than differences that make a difference. Whether it's a brown rat or a grey rat, it's the same animal. Substantively, they are identical manifestations of the same basic pathology and they are equally dangerous to the well being of humanity. We can comfort ourselves with the knowledge that the bullies never win in the end, because underneath the bluster they are abject cowards and cowardice can’t sustain itself in the long term. But that doesn’t mean we can just sit back and wait for them to meet their inevitable fate – as we have seen, they are capable of doing immense harm in the meantime. All of the great wisdom traditions are in agreement that we are human beings first and anything else is at best a secondary characteristic. As long as there remains any confusion about this various forms of fascism will arise and bedevil us. As long as we identify ourselves primarily in some tribal fashion, whether it's based on nationality, ethnicity, religion, gender or any parochial and exclusionary manner, then confusion and conflict will reign supreme. We shall indeed overcome, if we last that long, but only when it is universally understood that We refers to all of us. In the meantime, silence is complicity. 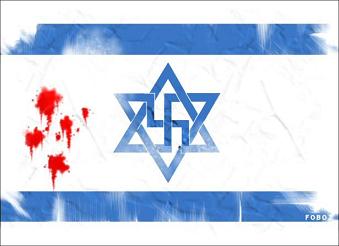 A Chronicle of the Decline and Fall of the Western Empire

My own articles published at One Democratic State (the Legacy Website) under the header “By the Editor” will, over time, be re-published here (with updates and revisions).

Until those articles have been reviewed, updated, and ported over to this platform, you will find them on the original platform in their original format.

[Pro tip: On the Legacy site, use the navigation module on the top left.]